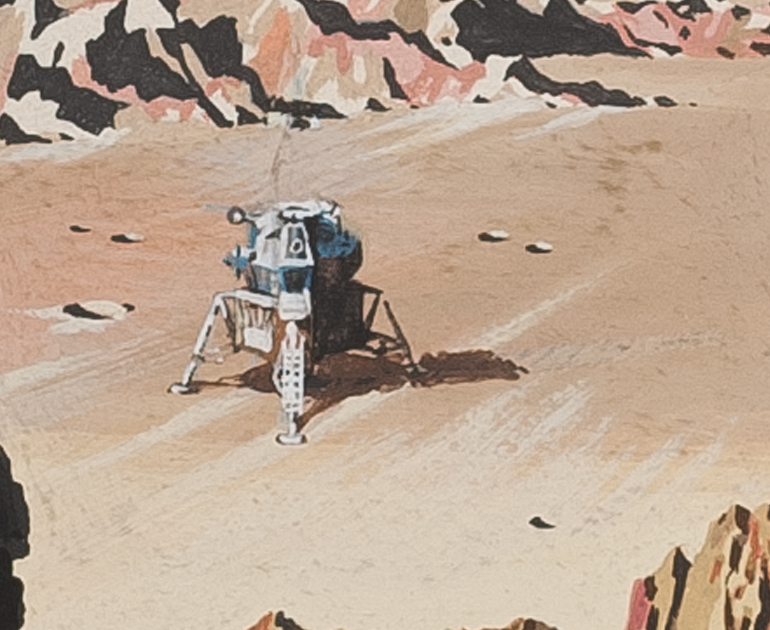 Since the beginning of July, I have been working as a placement student in the University of Reading Art Collections, fulfilling the last module in my master’s degree in Art Museum and Gallery Studies at the University of Leicester. The main focus of my placement was to curate an exhibition from the Ladybird Books collection to be displayed in the Ladybird Gallery.

Choosing a topic for the exhibition was my first priority. However, as the mission of Ladybird Books was to create a book on every imaginable topic, it made finalising a theme extremely difficult. Eventually I decided to focus on anniversaries that were happening in 2019/2020, which had associated artworks in the collection. After briefly considering the 200th anniversary of Queen Victoria’s birth, I decided to proceed with the fiftieth anniversary of the moon landing. 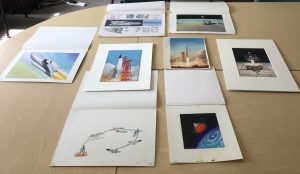 Selecting artworks from the collection was the next task. As the collection features over 20,000 illustrations, this was a huge job. Wanting to draw from a wide variety of Ladybird Books, I decided to create subthemes of dreams of what space could hold, the development of flight and space travel, the night sky, and the moon landing. I narrowed the artworks in each section to five.

The works were then sent to be mounted and conserved. As someone else was now involved, the whole project began to feel like it was really taking shape. While the works were away, I wrote the labels that would explain how the artworks were connected and relevant to the theme. Even though books such as The Night Sky (1965), Great Civilizations: Egypt (1973), and The Story of Nuclear Power (1973) may seem like they have nothing in common, they were each used to show the way that humanity is obsessed with space and our constant will to reach further heights. A video was created featuring footage from the moon landing courtesy of NASA to go beside the display case. 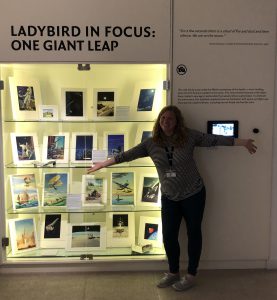 As I had planned the placement of the works previously, the installation of the exhibition went very smoothly. Once the old vinyl and objects from the previous exhibition were removed, it was simply a matter of moving shelves to the desired height and then placing the artworks into place. After lots of tinkering and moving stands a centimetre to the right only to move it back to the left, the artworks and labels were in place. One quick clean later and the exhibit was ready! After a quick view by the staff, it was advertised on the University Art Collections’ twitter page and was officially done. Deep sighs of relief all around!

As my placement comes to an end on September 6th, it is inspiring to leave this project knowing that exploration continues as India is projected to land a manned rover on the moon for the first time since 1972.