If you are visiting the University Library, take a look at our new colourful exhibition on display in the entrance area!

The exhibition, entitled My Favourite Ladybird, features a selection of favourite titles from the University of Reading collection of Ladybird books, chosen by staff, volunteers and community group members associated with the University Library and the University Museums and Special Collections Service. The titles that have been chosen include well-loved stories such as Snow White and the Seven Dwarfs and The Elves and the Shoemaker and non-fiction titles such as Richard the Lionheart and What to look for in Winter.

Ladybird books were first produced during the First World War by Wills & Hepworth, a jobbing printer. Initially they were simply children’s story books, but after the Second World War the firm started to produce educational books which increased sales enormously. Remarkably, the price stayed the same at 2s 6d from 1945 to 1971, a feat achieved by strict production rules and increasingly large print runs.

The University of Reading Special Collections holds about 700 boxes of original Ladybird artwork, proofs and some documentation from the 1940s to the 1990s, including examples of the work of notable artists such as C.F. Tunnicliffe, Rowland Hilder and Allen Seaby. The collection covers the wide range of subjects Ladybird published, ranging from What to Look for in Spring to Transformers: Laserbeak’s Fury. 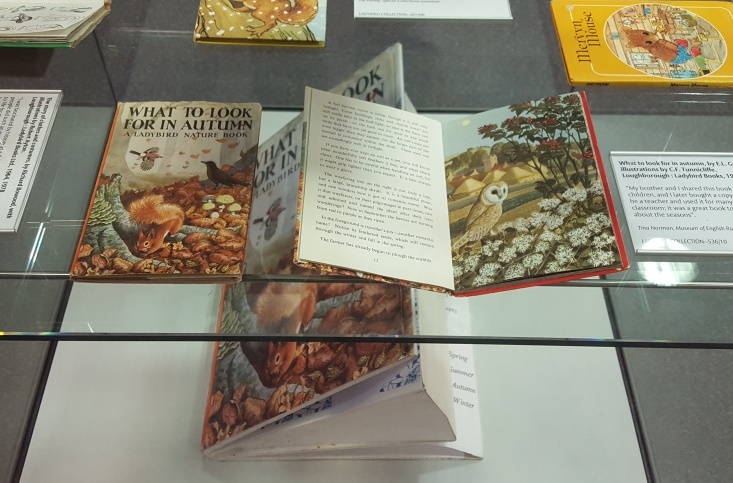 The collection also contains an incomplete set of over 1,000 Ladybird books. Pat Hanby, one of our Special Collections volunteers, has spent the last couple of years sorting out this collection and dealing with several recent gifts of Ladybird books that we have received. Thanks to Pat’s hard work, the collection is now almost fully catalogued on the University Library’s Enterprise library catalogue, making it easier for both researchers and staff to locate and access these wonderful titles.

If you would like to know more about accessing the Ladybird artwork and book collection, please contact us.