Painted in 1913 by John Dickson Batten, ‘Pandora’ was exhibited at the Royal Academy in the same year and came into the possession of University College Reading soon afterwards. The artist, who glazed and framed the painting himself, had been external examiner for the Department of Fine Art for several years.

Tap on the red circles to find out more about this painting! 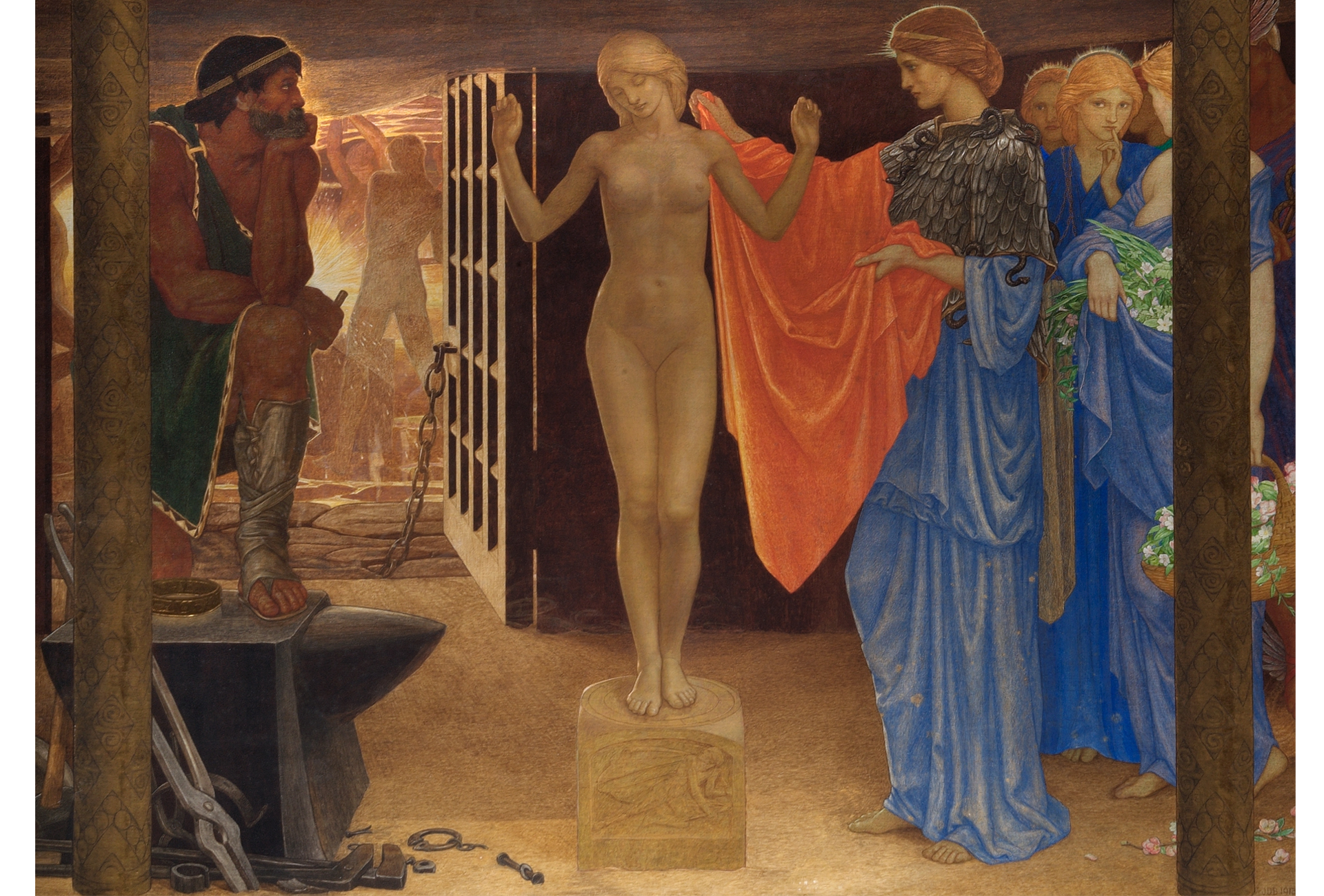 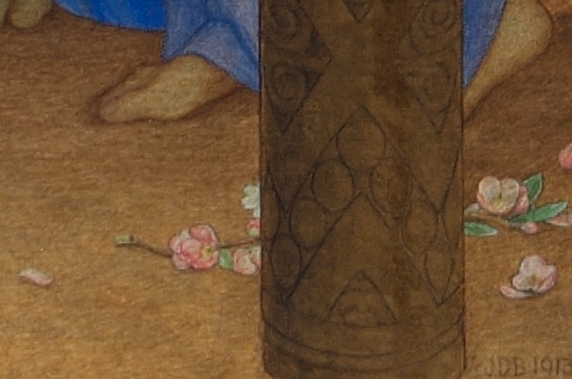 Born in Plymouth, Devon, on October 8th 1860, John Dickson Batten was a British painter of figures in oils, tempera and fresco in the Symbolism Style. A style influenced by Romanticism and the Pre-Raphaelite Brotherhood.

He was a founding member of the Society of Painters in Tempera. Tempera is a permanent, fast-drying painting medium, consisting of coloured pigments with a water-soluble binder medium like egg-yolk.

Batten also illustrated a series of fairy tale books. Other works are in the collections of the Victoria and Albert Museum and the Birmingham Museums Trust. His wife Mary Batten was a gilder. He died on August 5th 1932. 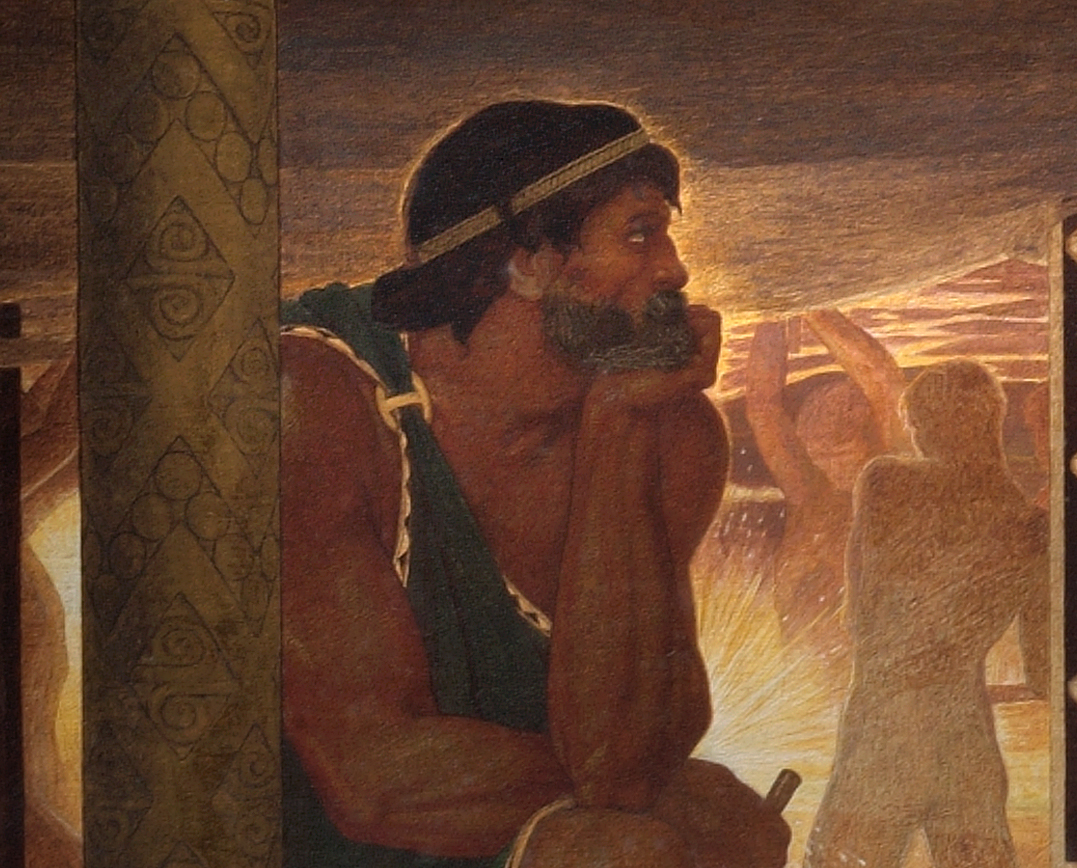 Hephaistos was the god of fire, metalworking, stone masonry, forges and the art of sculpture. He was the son of Zeus and Hera and married to Aphrodite by Zeus to prevent a war of the gods fighting for her hand.

A smithing god, Hephaistos made all of the weapons for Olympus and acted as a blacksmith for the gods. 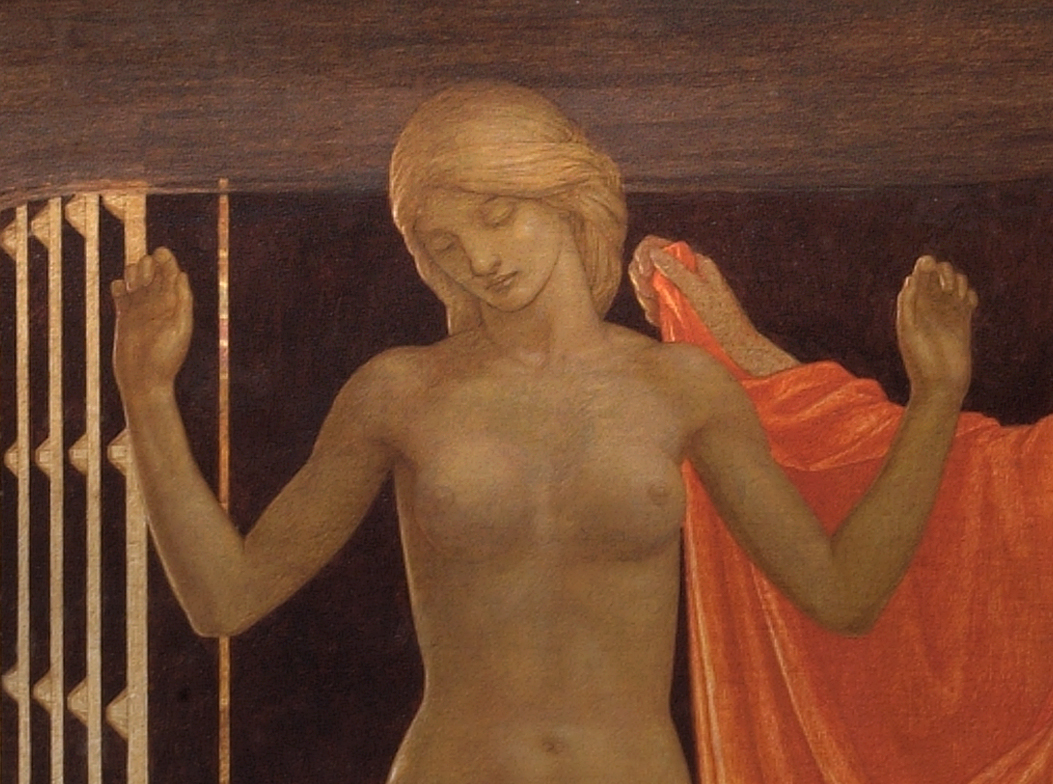 In Greek Mythology, Pandora was the first woman formed out of clay by the gods. Zeus commanded Hephaistos (God of fires and blacksmiths) and Athena (Goddess of the arts) to endow her with beauty and cunning.

Zeus delivered her to Epimetheus, brother of Prometheus, for marriage. A wedding gift was a pithos or stage jar (later wrongly translated as a box), which contained evil spirits.

Pandora opened the jar against warnings from Zeus and with this unleashed all the evils now known to man, leaving only hope inside. Today the phrase ‘to open Pandora’s box’ means an apparently innocent action may result in far reaching consequences. 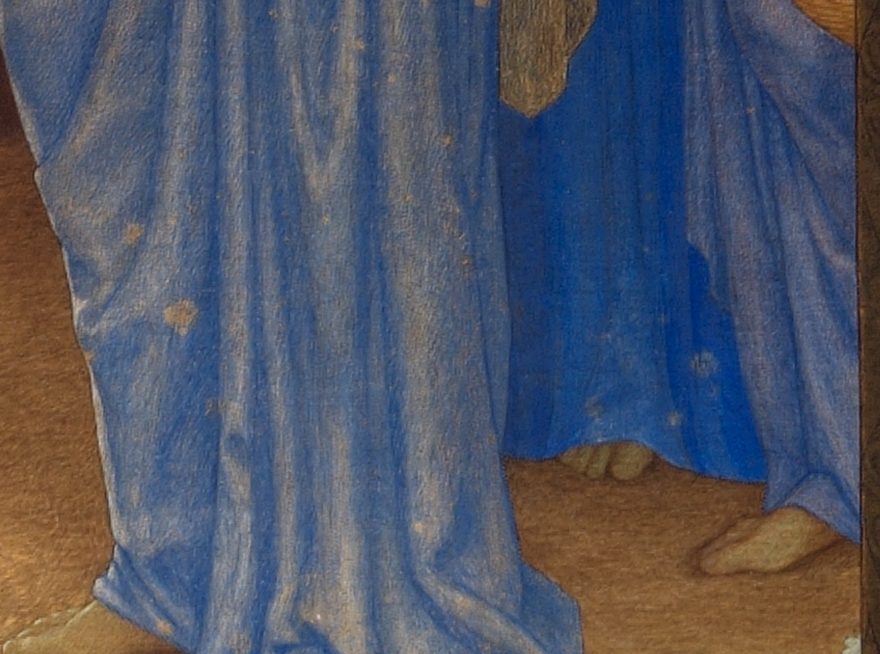 Pandora was painted using a medium called egg tempera. Used by nearly every painter to create panel paintings until 1500, when it was discarded for oils, egg tempera experienced a revival in the 20th century.

Created by mixing dry pigments with water and egg yolk, egg tempera dries extremely quickly and so is applied in very thin layers. Typically, this means that these paintings are paler than their oil paint counterparts. While egg tempera colours retain their vibrancy, unlike oil paintings, the deeper colours of Pandora probably mean that John Dickson Batten added a varnish to his finished artwork. 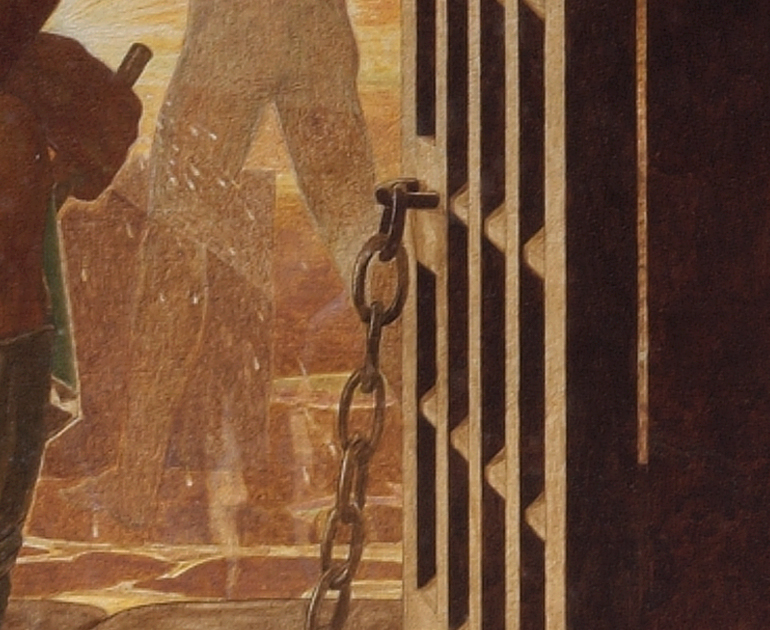 After the departure of the former School of Education from the Old Red Building to Bulmershe Court during the Easter Vacation 1990, a number of interesting artefacts associated with the University’s (and University College’s) occupation of the building came to light amidst the debris of ninety years.

None however was more interesting than the large picture in a fine but damaged gilt frame found chained to a gas pipe and hidden under a shroud of cobwebs and dust in the catacombs of the basement.

When Dr Alder first came upon the frame it was so dirty and the light so poor that he at first believed it to be empty of a picture of any kind. Closer inspection with Dr Anna Robins of the Department of History of Art revealed beneath the grime the stunning colours of a beautiful pre-Raphaelite painting dated 1913 and signed JDB.

According to Professor H A D Neville, Professor of Agricultural Botany since 1919, the picture had been in the University College’s possession from 1913 or 1914. In a letter of 1 February 1949 to Miss Ursula Martindale, then Warden of St Andrew’s Hall, he wrote: “I am almost certain that Miss Bolam [first Warden of St Andrew’s Hall] was asked to find room for it because no suitable place could be found for it in the University. … At the end of that war, Miss Bolam had acquired some kind of right to the picture and no one dared to take it away. I remember when Senior Common Room [Acacias] was very much enlarged, I suggested that we claimed the picture but Childs [Principal of University College and first Vice-Chancellor of the University] was obviously afraid of facing Miss Bolam’s wrath if we attempted it!”

Pandora remained, forgotten and unfashionable, in the Lounge at St Andrews Hall until 1949. A Minute, from the Hall Committee, dated 10 February 1949 records the resolution “that arrangements be made to remove the picture Pandora from its present position in the Hall and to deposit it in some other suitable place in the University”.

The first part of that resolution was carried out early in July 1949. The second part manifestly was not. Thankfully that little damage seems to have resulted from more than forty years of neglect in the highly unsuitable basement of the Old Red Building. 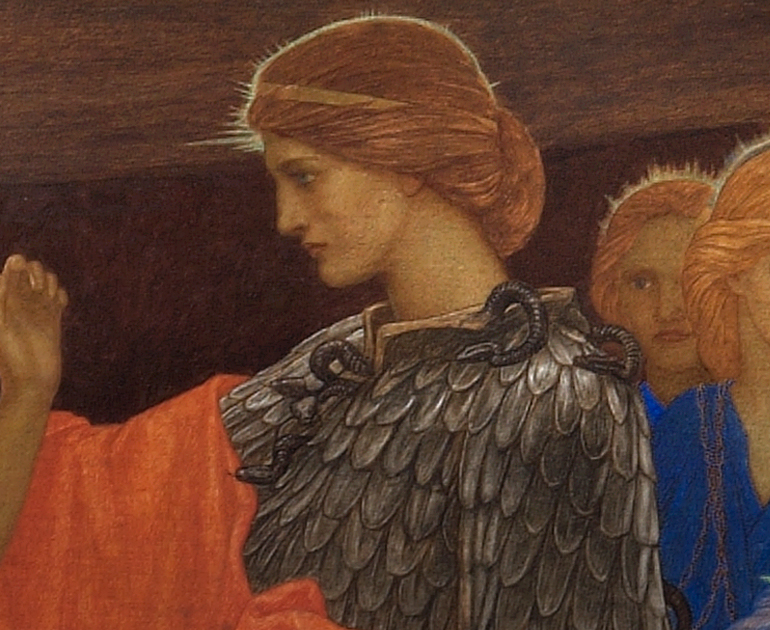 Born from the head of her father Zeus, Athena, the goddess of arts, wisdom and warfare, is mentioned as dressing Pandora in two of Hesoid’s works, Theogony and Works and Days.