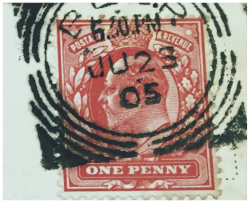 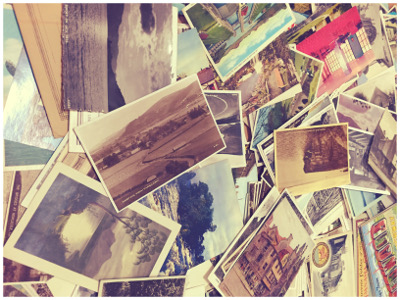 This week’s Travel Thursday feature focuses on postcards and in particular, the postcards in our John Lewis Printing Collection (Group XII 2)

An early form of postcards were in circulation from the middle of the eighteenth century and the introduction of the penny postage stamp in 1840 made mail delivery easier and more affordable in Britain but it wasn’t until 1870 that the first official, plain postcard was issued by the Post Office, selling over 500,000 on its first day!

However a number of restrictions slowed the rise of the picture postcard in Britain and it wasn’t until the 1890s that regulations relaxed and privately published cards could be sent via the Post Office.  By 1902 the popularity of postcards was soaring and the British Post Office were the first to introduce the postcard design we are familiar with today; splitting one side for address and written message while leaving the other side free for illustration or photographs.

The postcards collected in our John Lewis Printing Collection span the globe, with images from New York, to Rouen to Cairo:

And although not technically postcards this little collection of photographs from Oxford are stunning: 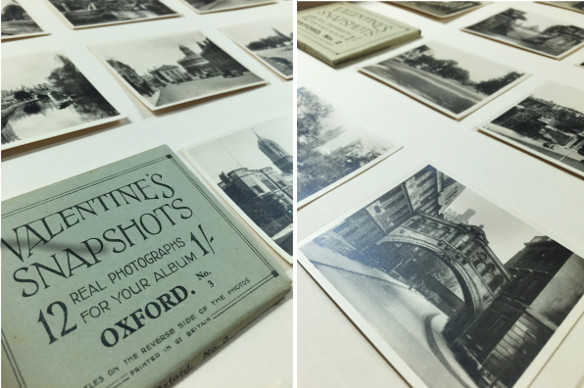 The majority of postcards in the John Lewis Printing Collection were not intended for use and as such were never sent. However, we do have a couple of messages dating from the early 1900s: 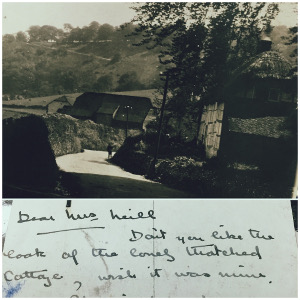 Don’t you like the look of the lonely thatched cottage? I wish it was mine! 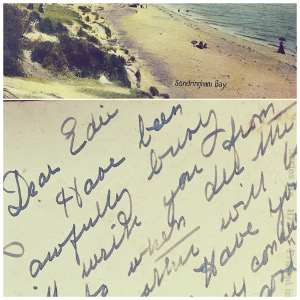 I have been awfully busy, will visit you from Colorado when all the rough weather will be over I hope. 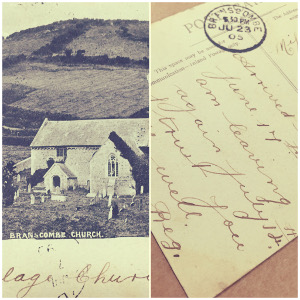 Arrived safely on June 17th am leaving again July 14th. I trust you are well

While the postcard may have enjoyed its heyday in the first two decades of the twentieth century, they are still a highly collectable item.  Developments in digital photography and advances in communications technology have  superseeded this older method of sending greetings but postcards remain available for sale in many tourist destinations around the world, perhaps proving that, for holiday purposes, postcards remain a fun way to share a ‘I wish you were here…’

Art History Archive: The History of Postcards
Postcard Pages
Visit the Past: History of the Postcard