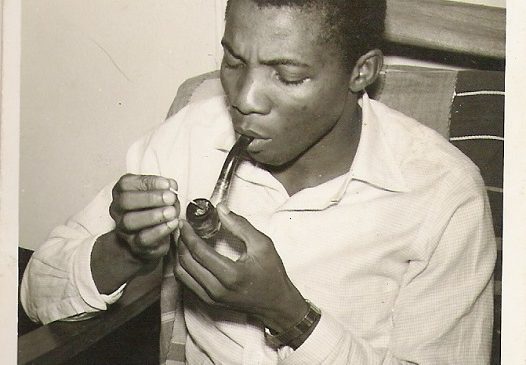 This is the third and final post in a series written by Temiloluwa Odugbesan, who completed a UROP placement at the University of Reading Special Collections in the summer of 2021.

In my final post, I’m going to delve a little bit more into the workings of the publisher and the issues some writers faced during the civil war. The series of publications related to my research is the African Writers Series, published by Heinemann Educational Books.

Heinemann is a publishing house which was founded by an adventurous young man, whose banker father came from Austria. Heinemann Educational Books (HEB) was granted its independence as a separate company from William Heinemann in 1960. This was the same year that Nigeria gained freedom from Britain. Following this, Alan Hill, the managing director of HEB, decided that the two major targets for expansion by the firm would be Southeast Asia and West Africa.

The success of Nigerian authors shone through as the first author Chinua Achebe was published in the African Writers Series. Other talented Nigerian writers would follow in Achebe’s footsteps. In 1972, just after the end of the civil war, Aig Higo, the manager of HEB in Nigeria, built a warehouse in Ibadan to be able to handle the popularity of the African Writers Series, especially in Nigeria. [1]

This blog post is centred around the famous poet Christopher Okigbo. He was born in Ojoto, Nigeria, in 1932 and studied at the Government College Umuahia, as well as the prestigious University of Ibadan. Okigbo studied medicine, Greek, Latin and took a modernist approach by drawing influence from a wide variety of art forms, such as poetry, the classics, myths, and his own heritage. Okigbo also became an assistant librarian at the University of Nigeria, Nsukka (based in the South-east) where he founded the African Authors Association. 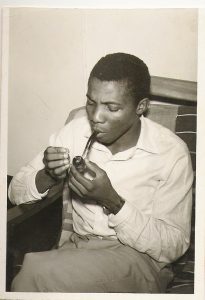 In understanding Christopher Okigbo, we get an insight into the ethnic tensions between different groups within Nigeria, and when the Nigeria-Biafra war broke out, Okigbo joined the Biafran army as a major but was sadly killed in the warfare in 1967.

Fellow poets and writers were determined that his death should not be in vain, and hoped to be able to publish an anthology of poetry to commemorate his work in the African Writers Series. However, this anthology ended up ,being too controversial for HEB to publish in the form the poets involved wanted, and because of its unrepentant references to Biafra, the anthology was thought to be likely to cause problems for Heinemann’s position in Nigeria.

Heinemann Educational Books proposed a compromise: the anthology could still be published as part of the AWS as long as the section of the volume on Biafra was removed. However, the contributors to the anthology refused to allow it to be published without that section and this stance was supported by the anthology’s editor, Chinua Achebe.

We can admire the commitment to one another shown by the poets who had contributed to the anthology and their integrity in not only celebrating Okigbo’s work but honouring what he stood for. For these writers Okigbo’s work must be given the credit it deserves, and must also be placed in the context of his belief in the ideal of Biafra, and this was made clear by the collection of signatures at the end of a letter written by the poets to HEB about their refusal to have the Biafra section removed from the volume. Meanwhile, the dilemma faced by Heinemann was that a publisher has to function as a business, and this meant that it could not simply disregard the tensions that would be provoked by publishing a book that commemorated the now defunct Biafra, as well as its greatest poet.

Okigbo himself claimed the term “Biafra” explicitly thus underlining his support for Biafran independence as a result of the Nigerian government’s inaction in bringing about justice for the Igbos killed in the north (described in my previous post).

It will certainly take time to heal these broken bonds within Nigeria. Nonetheless, we must celebrate the great work and honour the writers and their readers in paving the way for future literary minds to come.

HEB 25/7 Correspondence relating to the abandoned publication of Nsukka – an anthology of poetry dedicated to Christopher Okigbo, edited by Ulli Beier, and to the political aspects of the withdrawal of poems by Biafran writers, 1965-1970  (You can see this file’s record in our database here).