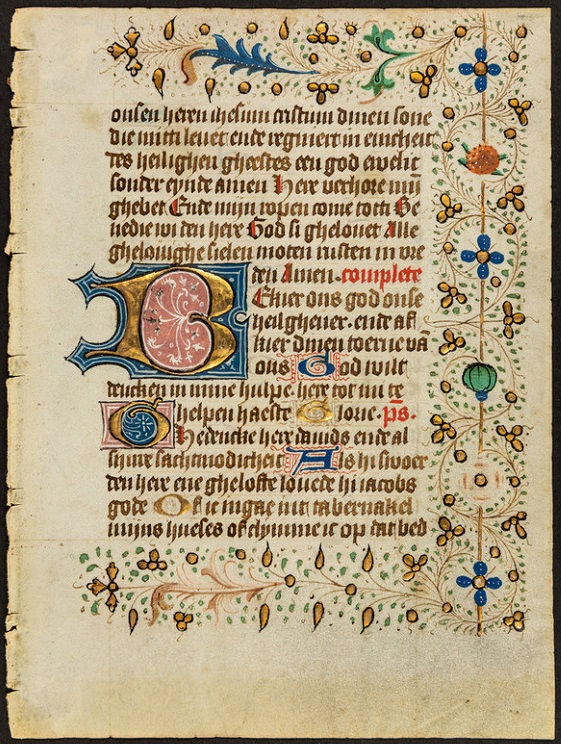 Most of the items are illuminated manuscript leaves, and come from a range of different types of manuscript, including Books of Hours, missals, breviaries, graduals, psalters and a papal bull from Perugia, dated 1265. The material dates from the twelfth to the seventeenth century; the items are predominately of French origin (about half of the collection), with about a quarter originating from Italy and others from England, Spain, Germany, Belgium and the Netherlands.

The collection has been generously presented to the University of Reading by a private collector with the support of the Art Fund.

The University of Reading Special Collections holds a number of early manuscripts in various collections, including a Charter granted by Henry II to the abbey of St Sauveur-Le-Vicomte (MS 1488), separate manuscript leaves previously used in bindings (MS 108), and a French illuminated Book of Hours (MS 2087) which dates from the early fifteenth century and is one of the featured items in our online exhibitions.