> Collections - Cole Museum > News > How do you move a museum?

With 3000+ specimens including taxidermy, skeletons, fossils, and models, not to mention the extensive fluid collection with preserving agents which can be flammable or toxic, it is a mammoth task to relocate an entire museum 600m across campus! The museum in question is the Cole Museum of Zoology, founded by Professor Francis Cole in 1907 to teach zoology and comparative anatomy to undergraduate students. Originally housed at the London Road campus, the entire collection had already moved up from London Rd to the Physiology, Biochemistry and Zoology Building (thereafter AMS) on Whiteknights campus in the early 1970s. It has been used extensively for teaching zoology for 115 years at the University of Reading.

Planning the move to the new Health and Life Science building started as early as 2015, with plans and ideas evolving as the building plans changed. The Cole Museum would change from one with 35 cases to a smaller space containing only 14 new cases (plus 3 from the old museum). Before a single bone was packed, the curator, Professor Amanda Callaghan, was engaged in planning the museum concept from which the design and content would evolve. By early 2019 the concept of the new Cole Museum became “Life adapts and evolves” and Amanda began writing content for the 14 new cases in earnest. Work on the new bespoke cases and with a designer was halted by Covid-19 in early 2020. Despite the pandemic, the museum slowly emerged and both cases and backboard panels were in place by the end of 2020.

Before the museum design and content was even begun, we knew we had to pack up the entire collection, beginning with items on display in AMS. Staff and undergraduate volunteers had training from conservator Nigel Larkin on how to pack specimens from the small and delicate, through to the bulky and heavy. We had to source packing materials and decided to be as sustainable as possible, finding discarded items from Warp-It, other museums, and private donations; Tara even re-used the bubble wrap from the new cases! The University’s museums conservator Fred van de Geer made bespoke boxes for some of the larger skeletons and fluids, and sourced second-hand ones for others. Meg Cathcart-James organised a system for identifying specimen location during each phase of the packing, move, and unpacking, to ensure we didn’t lose anything.

Prior to packing, specimens were conserved; fluids were checked for any leaks, topped up if required and lids were replaced by Claire Smith and Rachel Smith and their volunteers. Taxidermy was brushed and vacuumed (we kid you not!), skeletons were cleaned, fossils were dusted, jars were painted or paint was removed; we all pitched in with whatever was required each day; volunteers actually queued to have a go at vacuuming an elephant’s ear!

One of the move highlights was removing the large specimens such as the python and spider crabs from their wall hangings and rehousing them on pristine new walls. Our iconic 19th-century Asian elephant named Norman had to be dismantled and was lovingly and carefully strapped to a frame for his short journey to HLS. Once specimens were safely packed in boxes or crates the next task was getting them out of the building via a purpose-built ramp and across campus in a van to the new building! On the day of the move, a food market appeared, without warning, in the car park adjacent to AMS meaning we had to navigate paths to access the building.

It was so exciting to see the first specimen in position which was the false killer whale, now hanging in Café Trilobite (Do Look Up) and it really felt we had finally made it after all the years of planning and packing! New specimens include three models by Bob Nicholls, including a large protoichthyosaur on the wall, as well as our camel who has been in hiding for decades, covered as he was in a thick grime. Thanks to Nigel Larkin he looks wonderful.

The Cole Museum is an undergraduate teaching collection and although is a fascinating museum for children of any age, it has not been designed for the general public. The text has been written to allow our undergraduate students to use it as a resource throughout their degrees, supporting zoology and biological science modules. Aside from the taxonomy of the specimens, you will find evolutionary and adaptation information which we hope both students and visitors alike will find interesting and useful!

This may seem like the end, but we have not finished moving. The HLS display is approximately 20% of the total collection. We are currently packing, organising, and moving the rest of the collection to new storage facilities which we hope will be finished this year. The Cole team may be small and part-time, but we are mighty and we couldn’t have gotten this far without the invaluable help from all the museum volunteers and supporters; thank you!

No comments to show. 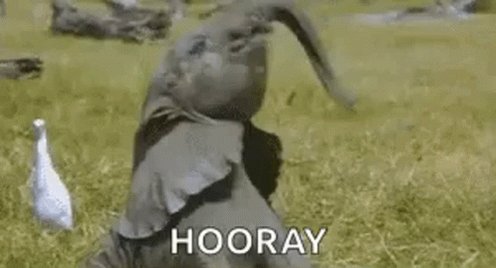 0
9
Cole Zoology Museum ·
@ColeZoology
Unfortunately the Cole Museum will be closed to visitors today 22nd August @ReadingBioSci @UniofReading
View on Twitter
1
1
Cole Zoology Museum ·
@ColeZoology
Aspiring zoologist? We @UniofReading @ReadingBioSci are a fantastic institution for studying zoology with our very own zoology museum. Come and join us, you can apply directly today through clearing if you have your results. https://t.co/8HHBGRnABz
View on Twitter
BioSci@ReadingBioSci
If you didn’t get the results you were hoping for today, don’t despair. Clearing allows you to find a university place, even if you didn’t apply at all this year! https://t.co/It3DfkFmDv
3
9
Cole Zoology Museum ·
@ColeZoology
The Cole Museum of Zoology has a new facebook page! Please do follow for even more zoological content and news (eventually). @UniofReading @ReadingBioSci
https://t.co/MqeRmFaLQ7
View on Twitter
3
2