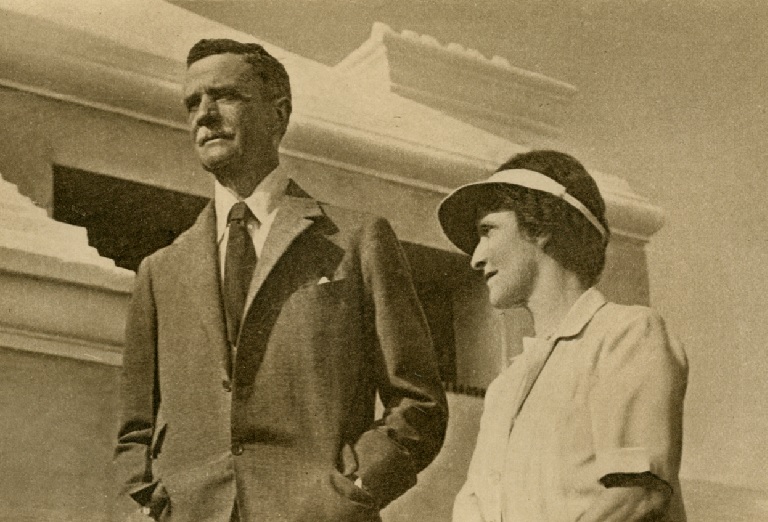 Waldorf Astor was born in New York on 19 May 1879. His father, William Waldorf Astor, settled the family in England in 1889 and was created Viscount Astor in 1917. Waldorf Astor was educated at Eton and Oxford. In 1906, he married Mrs. Nancy Shaw and was given the house called Cliveden, near Taplow, Buckinghamshire, as a wedding present from his father.

In 1910, Waldorf Astor became Conservative MP for Plymouth. He was also involved in public affairs through The Observer (owned by his father), which he was proprietor of from 1919-1945, and through membership of the Round Table Group. Prevented by poor health from serving in the armed forces during the First World War, he became an inspector of ordinance factories and held offices as Parliamentary Secretary to Lloyd George (1917), at the Ministry of Food (1918) and at the Ministry of Health (1919-1921). On the death of his father in 1919, he succeeded to the title of Viscount Astor and resigned his seat in the House of Commons.

The new Viscount Astor became a founding member of the Royal Institute of International Affairs and an active supporter of the League of Nations. He also developed a keen interest in agriculture. The Astors hosted frequent gatherings of politicians, journalists and academics at Cliveden. In the late 1930s, the ‘Cliveden set’ were known mainly for their advocacy of a policy of appeasement towards Hitler’s Germany.

Lord Astor continued his association with Plymouth, holding the office of Lord Mayor from 1939 to 1944. He was the author or part author of several books, including Land and Life (1932), The Planning of Agriculture (1933), British Agriculture (1938), and Mixed Farming and Muddled Thinking (1946). Both he and his wife were Christian Scientists. Waldorf Astor died at Cliveden on 30 September 1952.