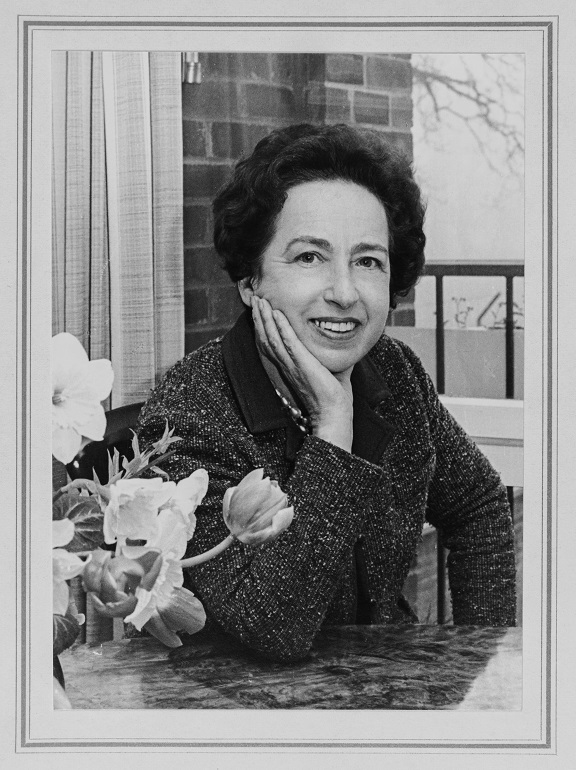 Viola Klein was one of the first sociologists in Britain to focus on the study of women. Born on 20 August 1908, Viola was brought up in an enlightened Jewish family. The Kleins lived in Vienna for many years, but moved to Bilina in 1917 due to increasing political turbulence.  Viola became a graduate student at the Prague University and studied French, Spanish, psychology and philosophy. She completed her thesis, Sill und Sprache des Louis Ferdinand Celine, on the linguistic styles of Louis-Ferdinand Celine in 1937. A typescript of this thesis survives in this collection (MS 1215/7/4).

In 1938, Viola and her brother Henry, a lawyer, fled to England. Sadly, their parents stayed behind and were both killed in concentration camps. In the UK, Henry found work as a farmworker and Viola as a housemaid and nanny, a drastic difference to the academic research she had done on the continent. Although Viola got on well with her host family, conditions for ordinary refugees were hard, as many people in Britain had reservations about the new arrivals, especially those who were Jewish. However, with the help of a scholarship from the Czech government in exile, Viola was able to gain a place at the London School of Economics (LSE) to study social science.

In 1941, Viola wrote to Karl Mannheim, an influential German sociologist who was also a Jewish refugee in Britain and lecturer at the LSE. She had read some of Mannheim’s earlier works while doing research for her thesis at Prague. Mannheim immediately agreed to be Klein’s supervisor. She focused her studies on “women’s emancipation”, and her thesis was a critical investigation of various interpretations and assumptions of femininity. She obtained her second doctorate in 1944. With Mannheim’s help, her thesis was published in 1946 as The Feminine Character: A History of an Ideology, one of the first in the new Routledge series, International Library of Sociology.

Mannheim moved to the Institute of Education in 1945 but died in 1947; Viola was left without a much needed patron and adviser to help her secure an academic job. To support herself, she took on work as a translator for the British Foreign Office, working on secret archives that had been captured from the German Foreign Ministry. She was then given a project by the LSE to research and report on homelessness and later on the post-war housing crisis.

In the early 1950s, Viola was approached by Alva Myrdal, a Swedish social scientist and feminist activist, who was working in Paris as the Director of UNESCO’s Department of Social Science. Myrdal asked Klein to collaborate on a book that would present a comparative picture of the labour market position and domestic situation of women in Sweden, Germany, France and the USA. The ensuing work, Women’s Two Roles: Home and Work, was published in 1956 and translated into several languages. This work became one of Klein’s most famous studies.

Viola Klein finally gained a full-time academic position in 1964 as a lecturer in the University of Reading Department of Sociology. After three years, she was promoted to senior lecturer and, in 1971, to reader. Between 1972 and 1973, Reading offered her a post-retirement position as an Honorary Research Fellow, and she forged new plans for a project on women and ageing. Her aim was to investigate age as a succession of adjustment to ill-defined roles. Unfortunately, she never got the chance to engage fully with this work. Viola Klein died on 13 October 1973.

PLEASE NOTE: Until 1 January 2036, any use of the data contained in the questionnaire records requires our express permission, and researchers are reminded of their obligations under the Data Protection laws. Furthermore, any reproduction of extracts must be insubstantial or otherwise involve paraphrasing. All intended research outputs must be sent to us for checking prior to publication in order to ensure that no data subjects are identifiable.

Access to the original completed questionnaires requires the permission of the Head of Archives Service. Please contact us  for more information on accessing these items.

Information about Viola Klein’s life and work taken from the following sources: