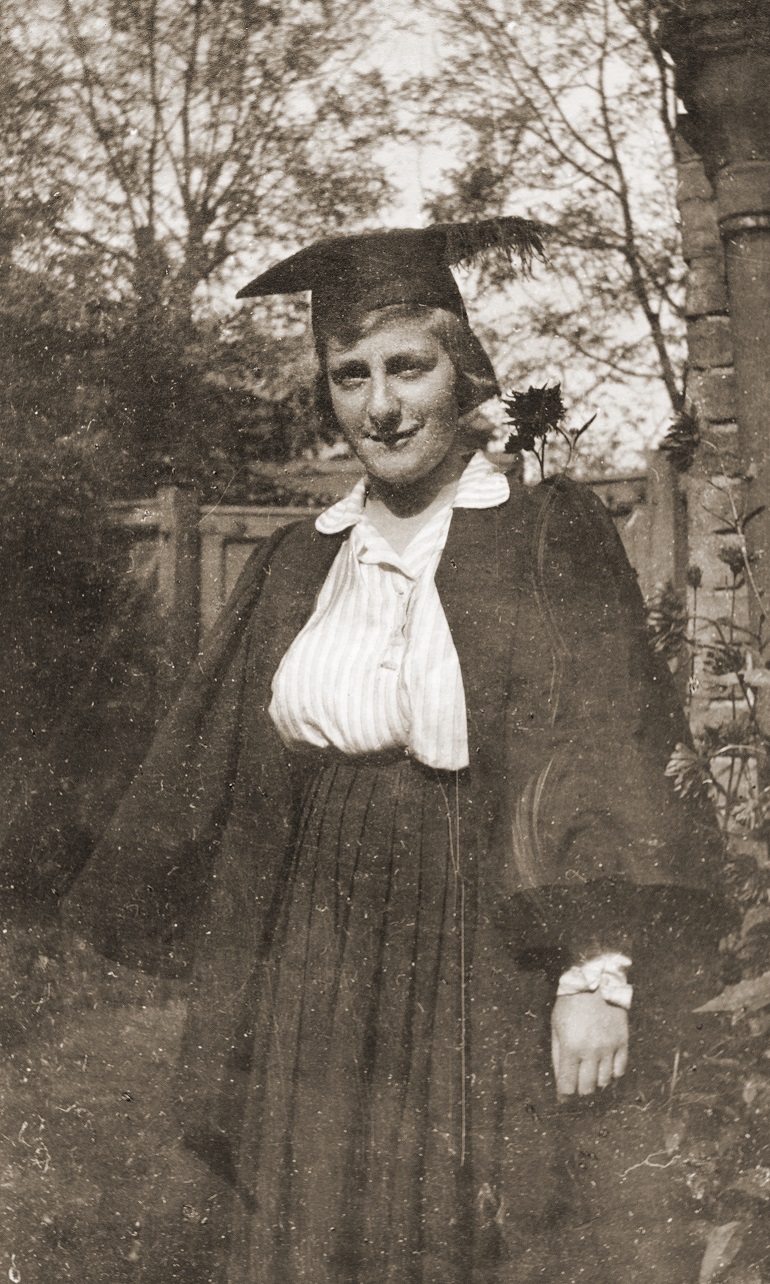 Edith Julia Morley (1875-1964) was Professor of English Language at the University of Reading from 1908 to 1940, and as such was one of the first women professors in a British university.

Educated at Doreck College in Kensington, she attended a finishing school in Hanover in 1889, where she became fluent in German and French. On her return in 1892, the question of continuing her education in the year before she ‘came out’ led to her studying at King’s College women’s department, University of London, in Kensington. Morley read for the Oxford honour school of English language and literature. She was placed in the first class of the English honour school at Oxford in 1899. A bar on women matriculating at King’s when she began her studies denied her a degree when she took her London final examinations in June 1899. She was offered and accepted the associateship of King’s College, subsequently, King’s College for Women honoured her with a fellowship of the college, and in 1926 she was granted an Oxford honorary MA degree.

Morley taught at King’s women’s department with a class in Germanic philology. She was to remain there, teaching English literature, until the department was subsumed into the main college in 1914. In 1902 she had also accepted a post as an assistant lecturer in English, with some German teaching, at Reading College. After working as a lecturer in English language and literature from 1903 to 1907 at Reading, she was awarded her professorship in English Language in 1908, becoming the first woman professor at a British university or university college.

The experience of the college parliament at King’s encouraged Morley’s interest in politics, and at Reading her concern for the suffrage issue led to her becoming a suffragette, joining the Women’s Social and Political Union. In 1908, deserting her family’s adherence to the Conservative Party and becoming a socialist, Morley joined the Fabian Society. She worked with organizations such as the British Federation of University Women, of which she was an original member of the London association, formed in 1909. She also undertook work at St Helen’s Settlement in Stratford-at-Bow. In the 1930s she helped to establish the Reading branch of the Townswomen’s Guilds, which educated women in their rights and responsibilities as citizens. She was a member of the Howard League for Penal Reform, and appointed a magistrate in 1934, and was later chair of the Reading probation committee.

During the First World War, Morley worked for the National Council of Women’s Voluntary Patrols, the forerunner to women police, gave talks for the Ministry of Food, and assisted Belgian refugees. But it was her work for refugees during the Second World War which gained her an OBE in 1950. In 1938 she had set up the Reading Refugee Committee.

The focus of Morley’s research and publications is best shown in her editing of the three-volume Henry Crabb Robinson on Books and their Writers (1938). However, Women Workers in Seven Professions (1914), which she edited for the studies committee of the Fabian women’s group, is still referenced by historians. She regularly published a lengthy roundup of recent scholarship in English Literature under the heading “The Eighteenth Century” in the bibliographical review entitled The Year’s Work in English Studies.

This collection contains correspondence, newspaper cuttings and excerpts, essays by Morley, lecture note books containing notes taken by Morley as a student and as a lecturer, photographs, theses and sundry papers.