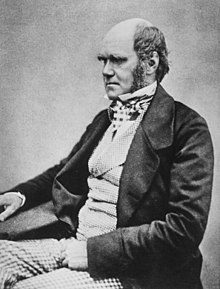 Guest post from Dr John Holmes, Associate Professor in English Literature at the University of Reading, to celebrate Darwin Day: a global celebration of science and reason held on the birthday anniversary of evolutionary biologist Charles Darwin.

Today is International Darwin Day, held every year to celebrate the birthday of Charles Darwin (he would be 205 today!). It is hard to exaggerate Darwin’s impact on science. In his seminal book On the Origin of Species (1859), Darwin showed for the first time that all living things were related to one another in a great tree of life. For Darwin, the variety of life of earth depended on two main principles: descent with modification, and the struggle to survive. The result was natural selection, as those creatures which were best placed to survive and reproduce passed on their particular advantages to their descendants. As the conditions of life changed, so the populations of different species would inevitably evolve.

Darwin’s work became the foundation of biology and ecology as we know them today. But he also transformed how we think about ourselves. Darwin showed that we have no grounds to believe that we have a special place in nature. Our intelligence, our society, our love of beauty, even our morality, can all ultimately be traced back to natural selection. Darwin explained the origins of our humanity, but he did not explain it away. Scientists and scholars who think that, because we evolved, evolution can account for everything about us, from computer games to Jane Austen, are under an illusion. But Darwin did transform what it means to be human, stripping away our vanities and placing us firmly within the ecology of nature as a whole.

Because Darwin changed what it means to be human, he matters to the humanities almost as much as he does to the sciences. It is not just that On the Origin of Species is one of the most beautifully written and sustained arguments in English—a great book, in other words, in its own right. The novels of George Eliot and Thomas Hardy, the science fiction of H. G. Wells, the plays of Strindberg and Shaw, all bear the imprint of Darwin’s work. In writing my own book Darwin’s Bards, I found that British and American poets too had been wrestling with the implications of the Darwinian condition for the last hundred and fifty years.

Darwin’s scientific research precipitated the most profound shift in our understanding of ourselves that has ever taken place. It is no surprise, then, that it transformed literature and culture too. To read more about how literature in particular has engaged with Darwin and Darwinism, click here. In the meantime, I hope you’ll join me in wishing the old man a very happy birthday!