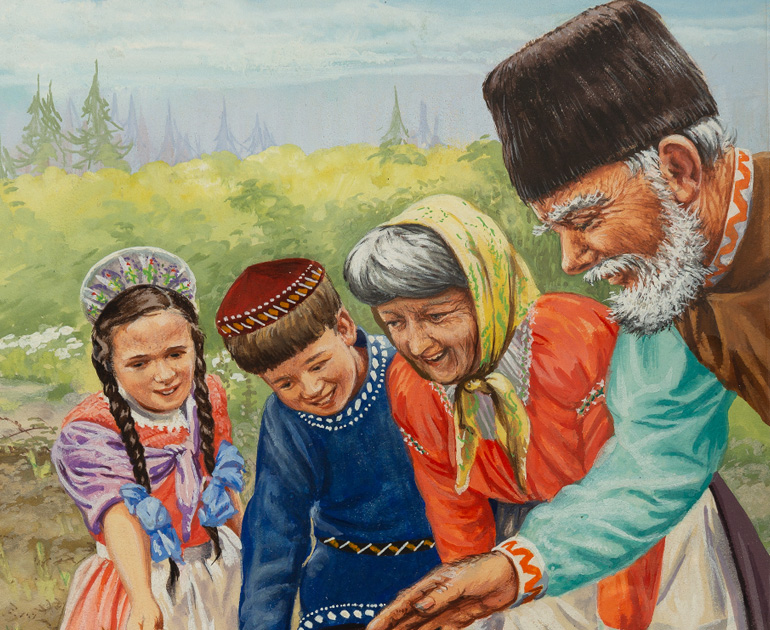 Our outgoing placement student, Laura May Bailey, describes her experience at the Art Collection, and curation of a new Ladybird Gallery exhibition.

Somehow, I find myself in the eighth and final week of placement at the University of Reading Art Collection. The past two months have flown by and been such a fantastic end to my degree.

I began studying Museum Studies at the University of Leicester in September 2020. The majority of tutorials, lectures, and seminars inevitably took place online due to successive lockdowns. Through the struggles of virtual meetings and even virtual exhibition curation, I kept hoping that at least our placements would be in person. Thankfully, this was possible. I have enjoyed so much being able to work on site at The Museum of English Rural Life, and being welcomed by such a lovely group of staff and volunteers.

One of my biggest responsibilities on placement (and one I was very excited to start) was curating a new exhibition for the ‘Ladybird in Focus’ display case in the Ladybird Gallery. There was free reign to choose a theme; with over 700 boxes of original Ladybird Book artwork and numerous books to provide inspiration.

A previous exhibition had briefly touched on how certain Ladybird illustrations had been changed for audiences abroad using clear plastic overlays. Female characters were given head coverings and longer skirts. Animals, such as pigs and dogs, that are considered dirty by some religions were overlaid with illustrations of more acceptable versions.

Drawing on these existing references, I chose to focus on the adaption and translation of Ladybird Books for new audiences and different countries.

In the Ladybird Artworks Archive, I found more than I had hoped. There were traditional translations, into languages such as German, Welsh and French. There were also resources about the Sunstart Series. This beautiful series was written and researched especially for children in the Caribbean, reflecting the fact that the English language has evolved and changed in many places.

Books, like the iconic ‘Peter and Jane’ series, may not be as approachable for children outside of the UK. From Ken and Joy in the Sunstart Series, to Siân and Gareth in Welsh versions, Ladybird frequently adapted to engage new and diverse readers.

These adaptions have important, and often surprising, links to important wider historical contexts too. The Welsh versions were translated at an important time for the language, with Welsh being recognised more in official settings.

It has been a fascinating and rewarding experience. Seeing my words and ideas come to life as the exhibition was installed on Monday felt like the perfect culmination of these past eight weeks.

The display will be in place until March 2022; please come and visit!